Yella boi was a member of the uptown new Orleans rap group UNLV. Their group consisted of three members. Tec-9, Lil Ya, and Yella Boi made UNLV that was short for “Uptown N****as Living Violent.” A lot of artists who are influenced by the gritty new Orleans rap scene don’t understand the influence that UNLV had on the game. In this article, I’m going to be highlighting the story of Yella Boi. He had a style that couldn’t really be compared.

UNLV signed to cash money records as one of their first acts. Once cash money got their distribution deal they had the opportunity to make an impact on the national music game. Birdman and Slim knew their potential and signed them because of raw talent. Mannie fresh once said that they were the essence of hip hop. The group’s most popular song was called “drag em in the river”. This was a diss aimed towards Mystikal. The beat was repurposed years later for a Juvenile track entitled “Set it Off”.

According to an article written by XXL things started heating up between Baby and Yella Boi. They said that things went sour over business agreement issues. Rap is the only music genre that runs parallel to street life. There were a lot of things that Birdman and Yella went through, but you can check that out in the full write up on our website in the description below.

Yella Boy passed during a suspected deal gone wrong. One thing worth mentioning about the passing of Yella Boi was the timing. This came after two very high profile rap cases. Tupac passed a year prior and Biggie left us a month before Yella Boi.

This was a very trying time in New Orleans. 1997 was a tough year in the streets of New Orleans. I did a little research to uncover what the media thought happened to Yella Boi. XXL.com said the following:

Check out our full video above on Yella Boi and let us know what you think in the comments below. 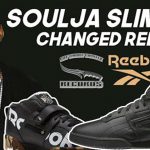 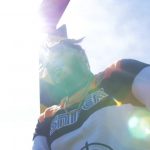