Just recently, we boasted about the creative mind of New Orleans visual artist Brandan “B-mike” Odums. Today, we’re doing the same. Except this time, we’re looking at him on the other side of the camera; as the director. And the spotlight is on New orleans artist, Lil Wayne.

Without a doubt, Lil Wayne will always be one of the staples to New Orleans. First gaining recognition as a member of the Hot Boys, part of Cash Money Records, it didn’t take long to see Wayne’s individuality and will to become a solo artist.

Since the break-up of the Hot Boys a while back, Wayne’s mind-blowing on-the-spot lyrics separate him from the rest of the most talented and wealthiest artists. And yes, we’re talking to date. He has since formed his own record label known as ‘Young Money,’ which both Drake and Nicki Minaj are signed to.

Check out this exclusive footage we came upon of Wayne on stage in New Orleans, as well as him spittin’ a small verse on his tour bus after a concert in New Orleans, all part of his Hustler Musik tour. Ah, the early days.

The video was filmed and captured by B-mike, who was filming for Universal at the time. Featured in the video are popular New Orleans natives Mack Maine and Curren$y.

If you’re a true Wayne fan, you’ll find appreciation with this video. After all, he is the G O A T. But uh oh, did the girl from the West mess with his flow? 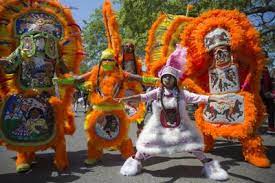