Fee Banks will go down as one of the brightest minds of New Orleans hip hop.

Many people have only recently become aware of the work Fee has put in. He has been Lil Wayne’s right-hand man since day one and helped him form his most successful music ventures, Sqad Up and Young Money. Fee has also been instrumental in the careers of Kevin Gates, NBA Youngboy, and Quando Rondo. He is a very humble person and he shows it in every move he makes. He has kept a low profile while maintaining respect from multiple generations in the music industry.

Fee’s story goes back to when he was 16. He met Lil Wayne in Bunker Hill, a New Orleans East neighborhood. Fee’s uncle Rabbit was dating Lil Wayne’s mother and he met the 13-year-old Wayne. Fee is also the great-grandson of Peter Davis, music teacher and coach for Louis Armstrong. He became like an older brother to Wayne and after some time growing together he was offered a spot on tour with Cash Money in the early days. Running with Wayne on tour gave Fee the opportunity to learn the business. While doing so he and Wayne formed a group called Sqad Up that consisted of Gudda Gudda, Kidd Kidd, T-Streets, Raw Dizzy, Young Yo, and Supa Blanco. The group came about without all of the members even knowing how to rap. They made some of them become rappers after seeing the potential and power in numbers.

After putting out seven installments of the SQ series, Sqad Up became pioneers in New Orleans spearheading the mixtape movement. After building Squad Up they started looking for new revenue streams. Young Money was born as a result. Fee also started an automotive arm of Young Money called Young Money motors. His passion for cars led him to the custom auto business and he customized vehicles for hundreds of high profile clients.

After Lil Wayne became a superstar Fee started a management company called Good Money Global. You notice the relationship between Cash Money, Young Money, and Good Money. Fee explained how they used the blueprint from Cash Money but pledged to do business differently. Good Money Global has been pivotal in expanding the Baton Rouge music scene with powerhouse acts like Kevin Gates and NBA Youngboy. Fee met Gates through one of his homies that kept pushing the music on him. The first time he heard Gates he threw the CD out of the window. Two years later he actually listened to his music and took a liking to it. After building a trustworthy business relationship he helped Kevin Gates transition into superstardom.

Soon after that, he found himself working with NBA Youngboy through the same pipeline. Fee was one of the biggest if not the biggest assets in NBA Youngboy’s career. By this time he was a music industry mogul and had enough relationships and experience to build Youngboy at the snap of a finger. One of his biggest blunders was his managerial relationship with Young Money hopeful Flow. We made a video about his story and his relationship with Fee developed through knowing his family member Bonka. Fee expressed his concern with Flow leading up to the case that derailed his career.

Fee’s story is still being written. We don’t know what he has in store but we are looking forward to it. His biggest regret from Good Money was not signing is management clients under his own label. So one thing that he mentioned doing was creating a label situation so that he can sign his next act. He is a very humble person who looks out for the younger generation and cares about hip hop. New Orleans is very proud of Fee Banks and we look forward to what he has in store. 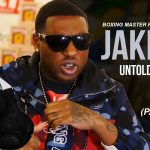 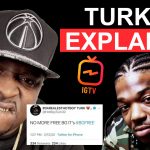