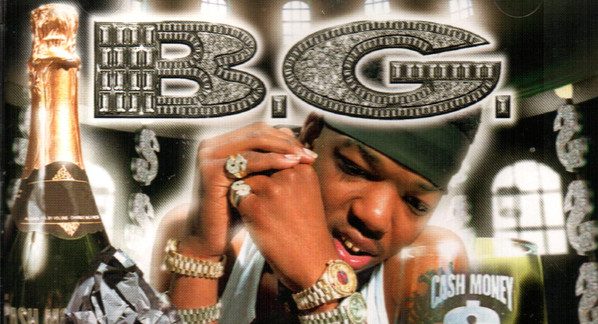 In honor of the #1 Original Hot Boy turning 39 today, Newtral Groundz takes an in-depth look back at each one of B.G.’s studio albums and ranks them from worst to first.

11. Too Hood 2 Be Hollywood: Originally slated for a 2007 release, B.G.’s return to the majors was delayed for two years before finally hitting the streets in December 2009. The album had its peaks (Nigga Owe Me Some Money, Like Yeah and Chopper City Is An Army) but more valleys (Fuck Thang and the underwhelming Ya Heard Me), and ultimately felt a bit exhaustive and redundant. Unfortunately, this was B.G.’s last project before serving a 12 year sentence for gun possession.

10. The Heart Of Tha Streetz Vol. 2 [I Am What I Am]: The third and final album from B.G.’s impressive Koch run, the sequel to The Heart Of Tha Streetz is a solid effort but fails to elevate itself amongst its predecessors. It’s lead single, Move Around, reunited Geezy with Mannie Fresh but falls well short of past hits like Cash Money Is An Army and Bling Bling. Vol. 2 feels pretty hit or miss throughout, with stellar songs like I Ain’t Got Nothing diluted by forced crossovers (i.e. Pussy Pop). Interestingly enough, this remains B.G.’s highest charting album to date.

9. True Story: Officially credited as B.G.’s solo debut, this EP was initially released as a group album (with a 13 year old Lil Wayne) in 1995. The production is slightly dated and the lyrics are typical of the bounce era, but the significance of this project can’t be overlooked. It pushed B.G. to the forefront, making way for the game-changing Chopper City just a year later.

8. Livin’ Legend: Livin’ Legend is one of the more obscure releases of B.G.’s lengthy discography. Despite it being his first post-Cash Money project after 10 years with the label, it somehow gets lost in the shuffle. K.I.D.D., not Mannie Fresh, handles all production duties, excluding the bonus disc, but you’re left wondering if that was the best decision considering he’s not as versatile as Fresh (but then again, who is?). This is also noteworthy for being B.G.’s most venomous release to date; a good portion of the album is spent insulting Baby and Lil Wayne, making it an interesting revisit.

7. The Heart Of Tha Streetz Vol. 1: 2005’s The Heart Of Tha Streetz found B.G. in fine form. Clean and in a good space creatively (this was his third album in two years), B.G. takes what made Life After Cash Money so enjoyable and adds some polish to it. The production (handled by KLC, Dani Kartel and Bass Heavy, among others) gives it a homegrown feel, while Gizzle delivers exactly what his fans have come to want and expect. Songs like Fool With It, Get Ya Game Up and On Tha Block just work.

6. Life After Cash Money: As its title suggests, this truly did signify the resurrection of the Baby Gangsta. Years of chronic heroin use nearly derailed Doogie’s career but he rebounded triumphantly with his 2nd project independent of Cash Money. Whether it be the autobiographical My Life, the rumor-addressing Geezy Where U Been? or the Soulja Slim tribute I Want It, Life After Cash Money proved B.G. could not only survive without his former label, he could flourish creatively.

5. Chopper City In The Ghetto: “A minute after that was Chopper City In The Ghetto, I could’ve came harder – I kept it a little mellow.” Before condemning this ranking as blasphemous, keep in mind even B.G. himself wasn’t completely in love with his Universal debut. And to be clear, this is a regional classic – it birthed the Bling era, gave us Cash Money Is An Army and classic street cuts such as Thug’n and Uptown My Home. It’s only slight misstep is that it’s a little too glossy at times, and failed to meet the bar set by Chopper City and his It’s All On U series.

4. It’s All On U Vol. 2: An instrumental piece in landing Cash Money it’s historic Universal deal, It’s All On U Vol. 2 is B.G. firing on all cylinders. Equally as important to this album’s success and longevity is the evolving sounds of the incomparable Mannie Fresh. The 7th Ward hardhead’s production is as satisfying as ever on this release, with no real weak spot throughout. While sonically and thematically it’s a continuation of the first installment, there is nothing about It’s All On U Vol. 2 that says “leftovers.”

3. Checkmate: 2000’s Checkmate is, without question, the most under-appreciated entry in B.G.’s catalogue. Perhaps it was the absence of a monster single; perhaps it was the overnight ascension of Lil Wayne as a viable solo star. Whatever the reason though, this album fails to garner much mention outside of CMR diehards and loyalists…and it’s difficult to pinpoint why that is. Those yearning for Chopper City-style grit over the crystalline sound of peak Mannie Fresh need not look further. From This Nigga Die to He Used 2 Be A Man, Checkmate might go down as B.G.’s most complete album.

2. It’s All On U Vol. 1: 1997 is arguably the most important year in Cash Money’s 28 year history. After making noise on the local circuit for years, they thrust themselves into a permanent limelight with three foundational projects: Solja Rags, Get It How U Live! and B.G.’s gritty and gloomy It’s All On U Vol. 1. This dispelled any thought that Chopper City was a fluke and cemented Lil Doogie as Cash Money’s biggest star of the time.

1.Chopper City: Has Cash Money released a more impactful project? Sure, 400 Degreez introduced the world to the young group of New Orleans stunnas and Tha Carter series sold an astronomical amount in the 2010’s, but one has to wonder if CMB would even be where it is today without *this record. B.G., at just sixteen (!) years old, already possessed the charisma, experience and delivery of an MC twice his age but still perfectly encapsulates the “I don’t give a fuck” mentality of an Uptown teenager in 1996. With classics such as It’s All On U, Uptown Thang and Retaliation – there should be no second guessing this as THE definitive B.G. album. 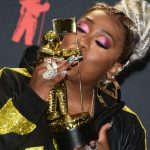