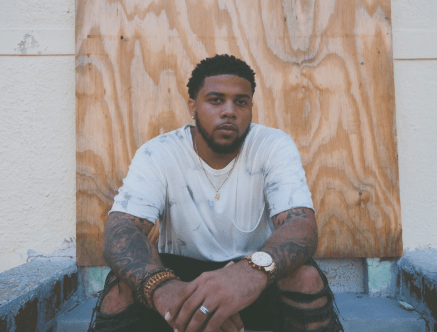 It’s not easy to step out on your career to do what you really love. However; KvngDavid, of 7th ward New Orleans, did just that. At the age of only eight years old he used writing as a form of therapy. Those writings became useful as he would follow in the footsteps of his older cousins, who were in a rap group called Gorilla Mob. David witnessed their passion and begin to find his own identity in music.

As a student at Texas State University David gained exposure by doing talent shows at the local campus events. This eventually led KvngDavid to be opening acts in Houston TX for artist like:Talib Kweli, Spitta, Kendrick Lamar, Joey Badass, Immortal Technique, and even RZA of the Wu Tang Clan.

“That eventually lead me to headlining my own shows and even putting together my own tour after the release of my 2nd project Peace Of Mind”.

AllTheRavee:How did you get your start in becoming a rapper, with your degree from TSU,was this always your goal?

“I was rapping before TSU! My mother tricked me into going to college. It was lowkey the best thing that happened to me. Before then I had no amiration of going, and I really was not thinking past tomorrow, we lived in the moment.”

AllTheRavee:Who/What influenced you the most?

“My biggest influences in music  as far as hip hop goes was Tupac, Juvenile, Nas, and DMX. The closest influences I had was my older cousin and his homies they all went to Abe and they started a group call G Mobb (Gorilla Mobb). They would have cyphers at every family function. I would freeze up and be scared whenever it was my turn to spit. I was writing but I wasn’t confident enough to deliver in front of a group of people”.

It wasn’t until KvngDavid was 16 that he decided that he could do this seriously and that he should proceed to chase his dreams.

“Like I said before when I got to TSU I fell in love with the HBCU culture and really was able hornace my ability. I started meeting people who really pushed me to be better and started giving me game about the business side of the music industry”.

Because of this, David developed a substantial support system. He started traveling from New Orleans to Houston to do shows.

“It’s a long story a lot of ups and downs, I have thought about writing a book one day. All in all, this all started as an outlet of expression for me! I was a troubled child who battle with depression and wanted excepted but never found that acceptance. Its like when I’m creating I’m in control of everything and I can leave it all on wax! and maybe help somebody in the process.”

AllTheRavee: As a rapper, how do you distinguish yourself from other rappers?

“I’m not scared to be myself! Embracing me and to stop caring what everybody thinks about me is the best thing I ever did. There is only one me so staying true to myself is all I or anyone has to do to stand out. I’m not tryna fit in nobody circle my only focus is family and completing the mission that I was put here to complete.”

AllTheRavee: You recently premiered your “Righteous Soul” video, explain the concept behind it

“[It’s really self explanatory! We wanted to shine a light on something that has plagued our community for a long time. That’s Jealousy, Envy and Hate! We been seeing sisters and brother get chopped down before they time as long as I can remember! 85% of the time it’s always somebody close to them on the other side of the gun.”

He goes on to emphasize how as a people we deal with self hate and an identity disorder and that, “we look in the mirror and we hate ourselves so as a result of that we also hate those that look like us! We have this crazy notion of if somebody is doing good or succeeding that 1. “They owe us something for their success.” 2. We won’t be able to make it out, we really think we will get trapped in the hood.” Like there is no other way to succeed. When those emotions and thoughts take over you find yourself hating on the next man’s come up. I just want us to wake up and realize that we are stronger together and the senseless shit is stupid. I LOVE MY PEOPLE AND I LOVE MY CULTURE I JUST WANT TO PUSH IT FORWARD!”

Kvng David is  working on establishing a non profit to combat the homelessness. He also hopes to establish a youth foundation in the future along with a focus on strengthening the community and the foundation of Real Deal Nation.

“We just got back in the Dojo working on the next project Keep Your Heart Clean and constantly shooting new visuals pushing our creativity pass its limits. I never want to get complacent to keep learning and growing is my biggest goal. I remind myself at all times that It’s Deeper Than Rap…”

KvngDavid sends his regards to his supporters: “I just want to Thank you for taking the time out to support and I would like to tell everyone go stream my latest project VIIthday on all major streaming platforms. Rest In Peace Kobe!!” 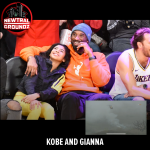 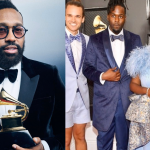