Mr. Tony makes music for the creators and wants to reach everyday people with his art. He wants to target “…the people with goals and ambitions to make a better life for themselves and their families.” Another of Mr. Tony’s goals is to show the youth the importance of focus and discipline when pursuing a dream.

When asked about his inspirations, Mr. Tony spoke extensively about his family. “My older brother Ray first inspired me to rap. I watched him practicing for a talent show when I was 5 years old. He saw the way I was taking it in and asked me to rap his verse for him.” Mr. Tony began performing with the Anthony Bean Community Theatre at age 6. He feels that his time there always helps him shape my vision when it comes to my videos and visual projects. Lil Wayne had a big influence on him as an artist as well. “I toured with his former artist Lil Chuckee and learned a lot from those experiences.”

Overall, Mr. Tony wants to bring attention to the city’s music scene. “Everybody knows about New Orleans already. They know we have great food, they know we know how to have a good time, & they know what to do to get some beads thrown. But I don’t think they know how much talent we really got here. New Orleans is really a powerful city and the people are special. I am hoping to really connect the world to my city with my people’s help.” 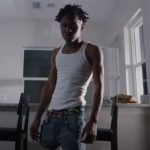 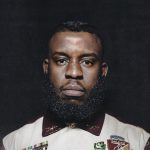